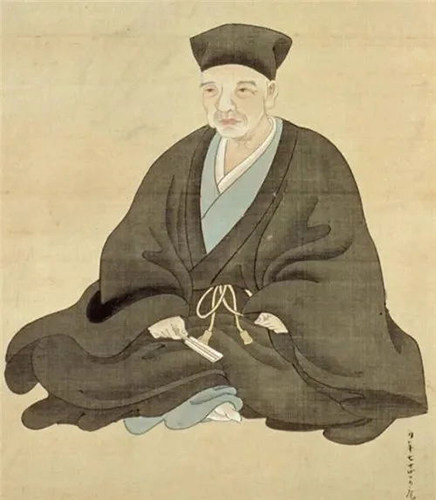 Tea History of Japan and Korea

Tea has been a soothing drink for centuries, originally used as an aid to meditation by Buddhist monks who were constantly on the move. When these holy men traveled from country-to-country teaching their beliefs and methods of relaxation with tea it quickly spread through East Asia becoming known not only because of its calming effects but also how versatile this beverage can be when cooked or powdered form: many types exist outside China's borders!

Tea has been around for quite a long time, probably introduced to Japan from China during the late sixth century.During this period many Japanese priests studied Buddhism in continental Asia and brought back various customs including drinking cake tea, which called Dancha (団茶) in Japanese. This practice was very popularized among those who followed Chinese culture in Japan then.

The Japanese have been drinking tea for centuries and the associations that come from it are deeply rooted in their culture. The monk Eisai (1141 - 1215 AD), who had spent time living among Chinese people of Southern Song Dynasty during his journey in China there informed this practice with his first hand knowledge of how they consumed teas which helped them live healthier lives.The text of his display shows many elements taken from the continent that have been rearranged in a new and distinctive way. It offers an excellent opportunity to learn about tea meanings in China through this creative message which can be appreciated by all who read it!

In the 13th century, matcha was first consumed by temple followers and upper level samurai. It soon spread to common people who enjoyed drinking tea rather than using it for medicinal purposes or as a healthy alternative beverage.

Embracing the Japanese way of life, they have been drinking tea since ancient times. The first great practitioner was Murata Shuko(1423-1502 AD).He combined preparing and consuming this beverage with a spiritual sense that is humility & tranquility - thus creating what we know today as Japanese tea ceremony,ie. the cha-no ya(茶の湯) or which means “hot-water-tea" and is also called chado (茶道).This term originally referred to Buddhist rituals but soon became associated another purpose:monks would drink powdered tea from a communal bowl before an image of Buddha.

The sixteenth century Zen tea master Sen No Rikyu (1522-1591 AD) amended the ceremony to its modern form, which has less elaborate rituals and focuses on harmony. When asked by one of his disciples what were some important things in following this "Way",he proposed seven rules:

Make a delicious bowl of tea:

Show the greatest attention to each of your guests.

Be prepared for rain.

Anticipate the time for everything.

Arrange the flowers as they are in the fields.

Lay out the wood charcoal to heat the water.

The tea ceremony is one of the most elaborate social customs in all Japan. It's influence can be seen on garden design, flower arrangement and architecture to name just a few fields that have been impacted by this ancient tradition.

Japan is a land where people drink their tea, especially green teas. Japanese also enjoy black varieties from India or China to round out the flavors in each cup! There's an old proverb in Japan that says "if a man has no tea in him,he is incapable of understanding the truth and beauty".

Korea,like China and Japan has a long history of tea drinking.Green tea,also called Nok cha (Korean) was introduced to Korea from China during the reign of Queen Sondok(632 -647 AD), though it might have been drink much earlier than this!Tea has been around for a long time, originally prized because of its medicinal properties.King Munmu of Silla (626–681 AD) ordered this drink to be used during ceremonies and it's popularity rapidly increased ever since!

Tea drinking in Korea is linked with the Panyaro (The Korean Tea Ceremony) Seon（Zen in Korean) of tea, and viewed as a spiritual religious activity leading to higher levels of inner awakening if not total enlightenment. Buddhist monks commonly drank tea three times daily while guests were offered cups during temple visits or stays at home for meditation purposes; temples also served visitors' favorite tea varieties! As the popularity for tea grew, many tea villages were created near temples that cultivated and sold it.

In the 9th century, King Heungdeok of Silla sent a royal envoy on an important mission: to bring back seeds from China and plant them at Mount Chiri. This is where Korean tea cultivation began!

"In brewing, delicacy, in storing, aridity, in steeping, purity. Delicacy, aridity, and purity are essential to the tea ceremony."-Chouiseonsa(1786-1866 AD),the famous Korean monk and tea master.

The Korean tea ceremony was developed at the royal court and became a custom known as Tado. Specialized implements for this elaborate ritual were created, such as braziers that boil water to make it ready in your cup or bowl; there are also specialized serving utensils like spoons,pots for brewing the delicious teas.As in Japan, tea ceremony etiquette is very important for Korea. However the harmony of water and teas are even more central to this ritual than they might be elsewhere!

Loose leaf green tea was the preferred drink of choice during China’s Ming and Qing Dynasties. Since its introduction into Korean culture,Buddhist ceremonies were replaced by Confucian rituals which led to a switch from wine as formal beverage except in monasteries.The monks in Korea, who were fond of drinking tea and had been preserving it for centuries before they began practicing their austere lifestyle; this custom soon became associated with Buddhism. As a result the art form now exists in simple but elegant forms like those seen on Buddhist temples.