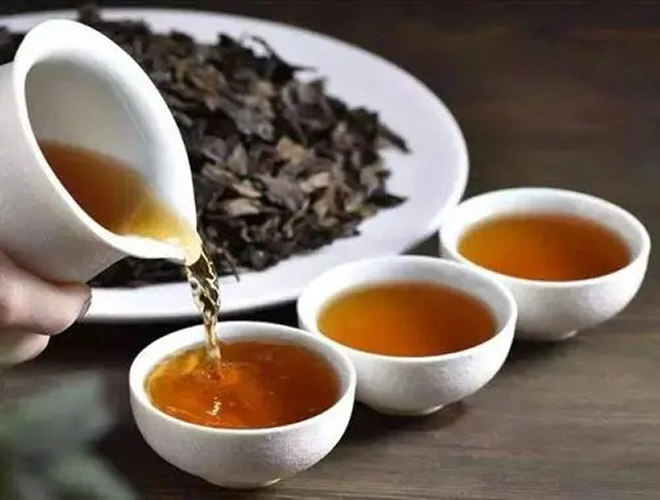 The Chemical Composition of Tea-Part 2: Alkaloids and Pigments

Chemical Components Related to the Quality of Tea Leaves Part 2

Caffeine is widely distributed in the tea tree, except for the seeds, all other parts contain caffeine; the content of caffeine in various parts of the tea tree varies greatly, concentrated in the new parts, with the most content in the tender buds and leaves; summer tea has higher caffeine content than spring and autumn tea, and the tea content of moderate shade and fertilization is often higher than that of open air and unfertilized.

Caffeine is an important taste substance of tea leaves with a bitter taste, and more than 80% of caffeine can be dissolved in water when brewing tea, which is one of the main bitter components of tea broth. Caffeine has a low bitterness threshold, and temperature and pH have an effect on its bitterness sensitivity; as pH increases and temperature increases, the threshold decreases and sensitivity increases. The increase of amino acid content in tea broth has an abating effect on the bitterness of caffeine, while the increase of tea polyphenol content enhances the bitterness of caffeine. In tea broth, caffeine can form complexes with catechins through hydrogen bonding, which can change its taste characteristics. In black tea broth, the complex formed by the hydrogen bonding of caffeine and theaflavin has a fresh taste, which can improve the freshness of tea broth, therefore, the caffeine content of tea is an important factor affecting the quality of tea.

Pigment is a type of colored substance present in fresh tea leaves and finished tea, which is a component of the color of tea leaves,soup and leaf base. The pigments in tea can be classified according to their origin and solubility.

Carotenoids are a group of various colored compounds with yellow to orange-red color. The carotenoids in tea are mainly carotenes and lutein. Carotenes are insoluble in water, mostly orange-red, and are important fat-soluble pigments in tea, divided into α-carotene, β-carotene, y-carotene, δ-carotene and so on. The content of carotene in tea is about 0.06%, of which the main component is β-carotene, accounting for about 80% of the total carotene in tea. Carotene is more abundant in high mountain tea, and more in mature leaves than in young leaves. During the processing of tea, especially the processing of black tea, carotenoids will be degraded by oxidation to form α-ionone, β-ionone(violet aroma), dihydroactinidiolide(mild and light aroma, which can bring out other aromas), theaspirone and other aroma substances, which play a very important role in the formation of black tea aroma.

Xanthophylls is a class of yellow pigment, insoluble in water. Luteolin compounds in tea mainly include luteolin, zeaxanthin, cryptoxanthin,neoxanthin,5,6-diepoxide cryptoxanthin, etc. The content in tea leaves is generally 0.01% ~ 0. 07%, and the total content increases with the maturity of tea leaves. Luteolin compounds are related to the formation of black tea aroma, shape and color and leaf color.

Thearubigins (TRs) are a complex class of reddish-brown inhomogeneous phenolic compounds, which are the further oxidation products of theaflavins, etc. They are the most abundant substances in the oxidation products of black tea, accounting for 6%~15% of the dry weight of black tea. Thearubigins is brownish red in color, soluble in water, acidic in aqueous solution, dark red in color, weak in irritation, which is the main substance that constitutes the soup color of black tea, and plays an extremely important role in the taste and soup color concentration of tea soup. Thearubigins is involved in the formation of "cold and muddy" black tea, and can also combine with alkaline proteins to produce precipitates stored in the bottom of the leaves, thus affecting the bottom color of black tea.

***If you want to buy high-quality Chinese tea, please go on admiringazeland.com.