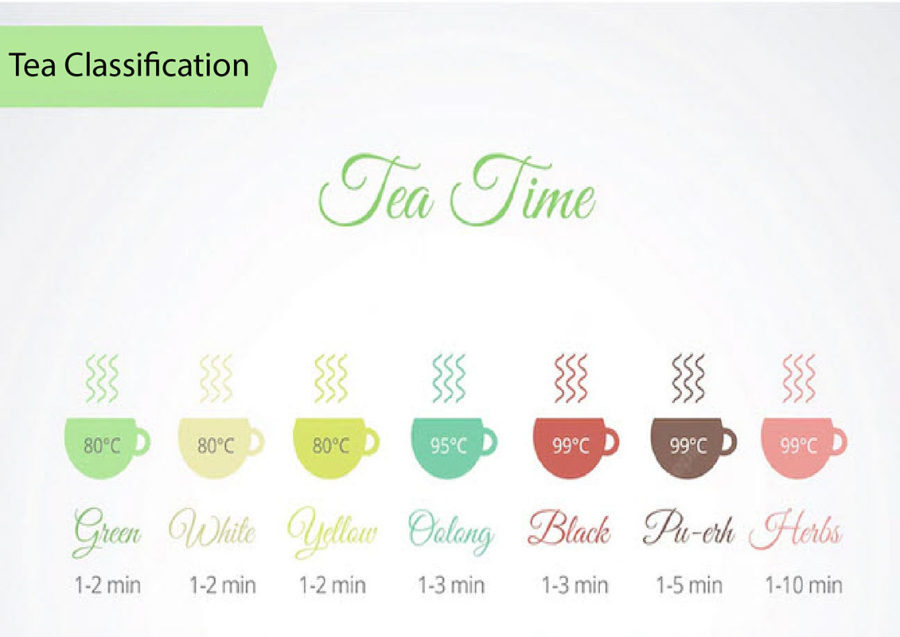 What is Chinese Tea Classification?

Tea is the most popular beverage in both Western and Eastern cultures, derived from processed young shoots of a plant called Camellia sinensis. It can be classified into two categories : basic tea,reprocessed or further—processed tea products.The many different types of tea include flavoured tea, teabags and decaffeinated tea. There's also some that have other food ingredients like fruit or chocolate added in!

Knowledge about tea classification is largely based on the Chinese system. This type of teas were categorized into six basic types - green tea, yellow tea, white tea, oolong —(blue) tea and black tea as well as dark tea.The extent to which they're processed as well as their polyphenols content are determined by how far during picking process plucked fresh tea leaves have been oxidized or fermented.The way in which we process tea is to accurately control the duration and manner of oxidation. This can be caused by two different types- microbe or endogenous oxidase, as well as damp heat and dry heat! In China, this system has developed into National Standard GB/T 30766-2014 M classification of tea" , implemented on October 26th, 2014.

In order to determine the oxidation ways and extents in tea classification system, all unique processing techniques are utilized.Fixation is a process that inactivates the oxidase activity and halts oxidation. This happens when tea leaves are moderately heated, thus deactivated by their oxidative enzymes without damaging flavor or scents.

Maceration and fermentation in black tea processing promote the cell-endogenous oxidases to accelerate their oxidation activity.Maceration(rolling) is a process of breaking down the structures inside and outside leaf cells, which allows for co-mingling oxidative enzymes with various substrates. This begins oxidation at macerated tea leaves held in warm humid air depending on degree level until 6 hours has passed depending on maceration degree of tea leaves.

Bruising of leaf edges, in oolong tea controls the oxidation at the edge of mature tea shoots.

Yellowing of tea shoots is a thermal oxidation under warm atmosphere by piling or packed after the plant has fixed itself (inactivated/deactivated the oxidases).

The post-fermentation process in dark tea promotes the oxidation by excreted microorganisms and this results to piling after shoots fixed (inactivated).

What are European and Japanese Tea Classification?

Tea in Europe is categorized as follow,which is similar to Chinese tea classification:

Tea classification in Japan is similar to Chinese method:

In Asia, people prefer drinking loose leaf teas while in western countries it is more popular to use bags or other forms of tea products,such as tea beverage,tea ingredient supplements. There are even different types that have been processed into miscellaneous products like flavored, scented, blended, ground, aged, decaffeinated tea, or tea extracts and so on.

*** If you're looking for the best quality teas, then I have just what your taste buds are dreaming of. Visit admirerazeland.com now!